A Life On Our Planet – David Attenborough

A revolution in sustainability, a drive to rewild the world and stabilise our population would restore our harmony with the natural world. 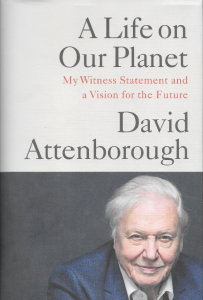