The Geography Of Thought – Richard Nisbett

Westerners and those from the East think and see the world differently, because of differing ecologies, social structures, philosophies and educational systems that date back to Ancient Greece and China. 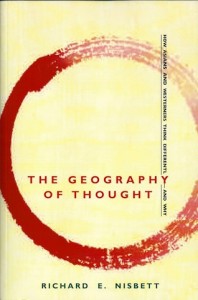