The Internet Is Not The Answer – Andrew Keen

The Internet has had a disastrous impact on our lives by increasing unemployment and economic inequality. 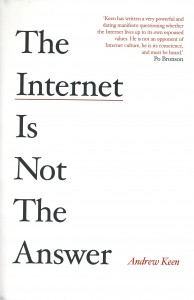