There may be a microtrend developing that represents an opportunity. 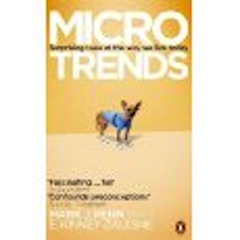