Emotion lies at the heart of consumer behaviour, so it is important to understand exactly how people decide what to buy. 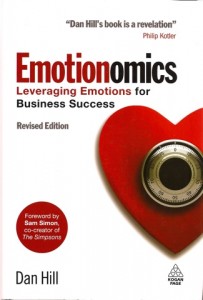 Framing: makes a choice more attractive by deliberately comparing it with inferior options

Prospect theory: judges pleasure on condition change, not how happy we are

Anchoring: evaluates new information from a base of what we already know

Familiarity: has a bias towards the status quo

New risk premium: inflates the cost of new risks and discounts familiar ones

Fear of regret: suffers from having to admit a mistake

Decision paralysis: fails to make one when faced with too many choices