Innovation is the main event of the modern age and we need to change our thinking on the subject. 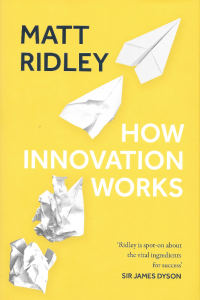