Concentrate on implementation rather than ideas, by ignoring reactionary workflow, creating windows of nonstimulation, and ignoring insecurity work. 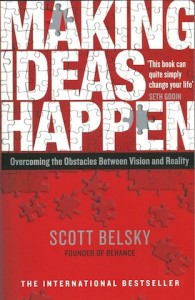 3.    Reference items (stick in a folder for possible future use)

Room 2: Aggregation and organisation of ideas from Room 1 (realism)