Bullshit is harder to spot than you think because it is neither on the side of the truth nor the false. 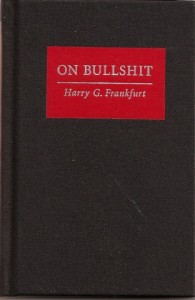