To avoid stuffocation we have to transform what we value, and focus less on possessions and more on experiences. 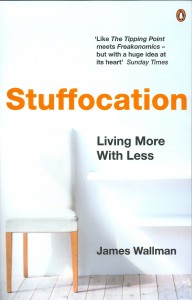 1. Is it actually better?

2. Is it compatible with how we live today? (Is it easy to use?)

3. Is it simple and easy to understand?

4. Is it easy to try and easily available?

5. If one person tries it, will others notice? (Is it observable?)