Bad behaviour is on the rise, but there are some ingenious approaches you can use to cope with it. 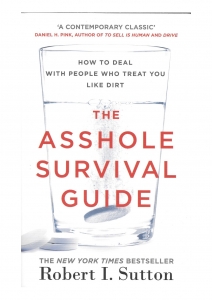