Gaining the attention of potential customers is much more complicated than the media industry would have us believe. 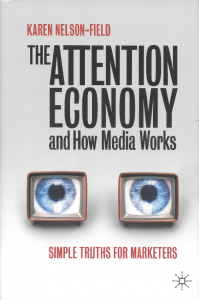