You can get stuck in a static, ever-narrowing version of yourself – a filter bubble – if you are unaware of the way in which the internet filters your search information. 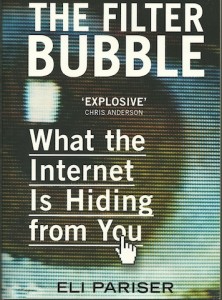 3. You don’t choose to enter it