We need to engage with language more – thinking and talking about it in a more effective way. 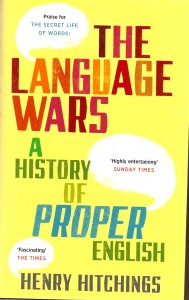