The Prevalence Of Humbug – Max Black

Humbug is on the rise and this is what you can do about it. 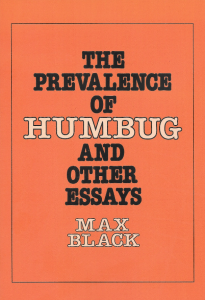 *The author calls this The Shavian Probe. Shavian is the adjective for Shaw, as in Shaw’s Probe. That’s his way of probing whether the humbug has any basis.