The one-sentence summary
Don’t assume anything is as you think it is – it might not be. 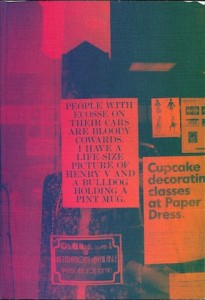 • The book is a series of blogs and interviews – a free form run of opinion with many a pearl of wisdom.
• The author likes to see himself as being involved in the indecision process: “don’t assume it’s like this, it might be like that.”
• Ignore your core audience: obsessing about an existing market doesn’t get you anywhere – try creating a new one.
• Don’t define your audience too tightly: giving people too many visual markers allows them to say: “it’s not for me”. Let them include themselves by inference.
• The job of communicators (and those in agencies) is to do whatever is required to overcome the psychological obstacles that consumers have when buying something.
• People have started to conflate creativity with brevity. This is absolutely wrong. Some customers welcome the detail, especially when making an infrequent and expensive decision.
• Behavioural economics determines purchasing decisions: maximising goes for the best (and usually most expensive), but more commonly satisficing simply goes for the least crap option. This is invariably less complex and glamorous than most advertisers would have you believe.

WHAT’S GOOD ABOUT IT
• Expectations inflation makes people want more in times of economic growth, and makes them less happy as a result.
• Pointless luxuries include organic food (it costs more and tastes the same or worse), property porn (the unquestioned assumption that home improvement is self improvement), coffee mania, insane working hours, and the veneration of financial services.
• The Arithmocracy is a powerful left-brained administrative caste that attaches importance only to things that can be expressed in numerical terms or on a chart.
• “Make people buy and hopefully they’ll love you” (sales promotion) is a better approach than “make people love you and hopefully they’ll buy” (brand advertising).
• Advertising people “go very deeply into the surface of things”.
• Sack half your planners and replace them with jingle writers: ‘minor’ executional details are far harder to kill than strategies, which seem to be changed regularly.
• SatNavs are marital aids: when someone ends up lost, they shout at the device rather than the wife.

WHAT YOU HAVE TO WATCH
• Nothing. It’s a fast rolling counterpoint to most received wisdom about communication.