Through The Language Glass – Guy Deutscher

The language we speak affects the way we view the world and works through two perspectives – language as a mirror can reflect views, but language as a lens can bring them into focus. 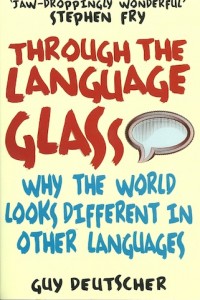