Great research, instead of driving a wedge between communicators and the people they aim to persuade, should be a catalyst for great creative ideas. 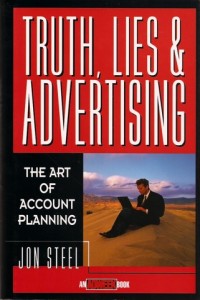 There are lots of stimulating ideas:

~ “In baiting a trap with cheese, always leave room for the mouse” highlights how too much advertising tells people what to think and allows them no room to form their own opinions

~ “We don’t ask consumers what they want. They don’t know.” Akio Morita, Sony

~ Great briefs are usually triumphs of simplicity over complexity