Technology as a whole is not a jumble of wires and metal but a living, natural system whose origins go all the way back to the beginning of life. Just as biological evolution has unconscious tendencies, so does technology. 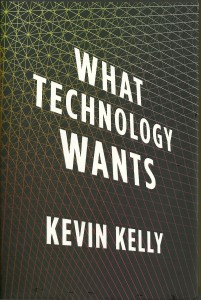 1.     By listening to what technology wants, we can prepare for the future

2.    By adopting the principles of proaction and engagement, we can steer technologies to their best roles

3.    By aligning ourselves with it, we capture its full gifts