A Field Guide To Lies And Statistics – Daniel Levitin

You can make sense of a complex world by carrying out quick plausibility tests, understanding how numbers are reported and separating experts from pseudo-experts. 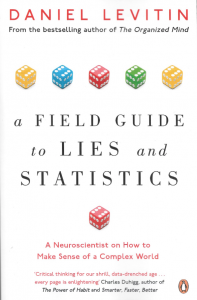