The ability to adapt faster and more intelligently is the difference between winning and just coping. 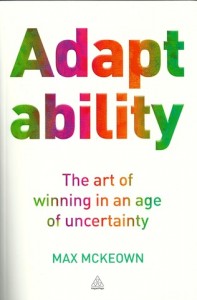 1. Recognize the need to adapt (many simply don’t)

2. Understand the adaptation required (you need to know what to do)

3. Do what is necessary to adapt (you can know what’s needed but still not do it)