Drug companies mislead doctors and harm patients, so a complete overhaul of the industry is needed. 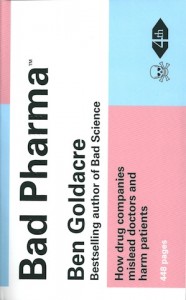