The art of simplicity can change the world. 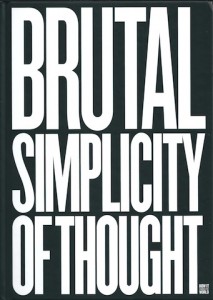