Up to 40% of us secretly believe our jobs probably aren’t necessary – they are bullshit jobs. 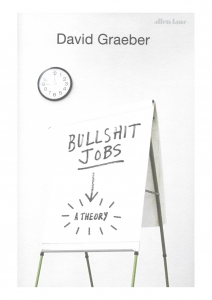