Generating word of mouth is the cheapest way to generate brand publicity, but you have to start it. 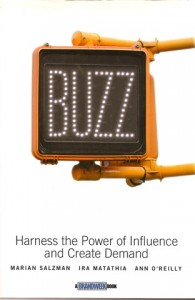 1. Cultivate a culture of creativity

2. Give ‘em (consumers) what they always wanted