More and more people are using their free time to become involved in active participation. 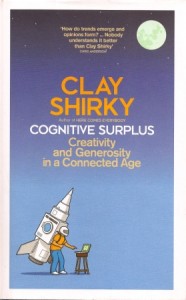 1. Private sector: a group does something for less than its selling price

2. Public sector: obliged to work together on something of perceived high value

It’s a great idea but it could have been expressed in an essay rather than a book.