Climate change panic costs us trillions, hurts the poor, and fails to fix the planet. 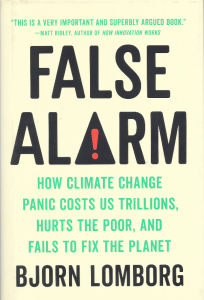