You can make positive changes that stick to change your habits. 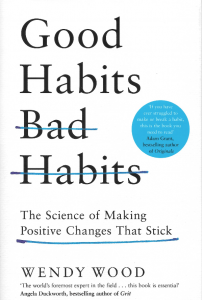