You can understand and explain data with confidence by mastering the principles of how best to represent information and by avoiding common data visualisation mistakes. 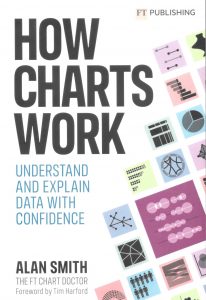 Correlation: showing the relationship between two or more variables.

Distribution: showing values in a dataset and how often they occur.

Flow: volumes or intensity of movement between two or more states or conditions.

Ranking: where an item’s position in an ordered list is more important than its absolute or relative value.

Deviation: emphasising variations above or below a fixed reference point.

Part to whole: how a single entity can be broken down into its component elements.