How To Avoid A Climate Disaster – Bill Gates

Figuring out how to get all the benefits of cheap, reliable power without greenhouse gas emissions (through investment and innovation) is the single most important thing we must do to avoid a climate disaster. 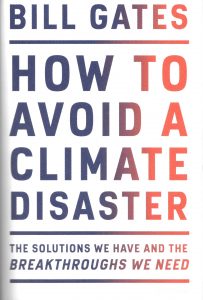