How To Have Impossible Conversations – Boghossian & Lindsay

It is possible to have productive conversations even with people with entrenched views if you foster a climate of civility, connection and empathy. 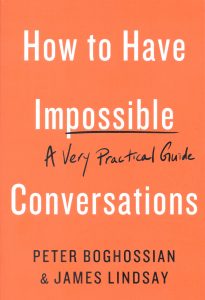