How To Save Our Planet – Mark Maslin

Many books on climate change want to scare you or preach at you – this one provides the facts – exactly what you need to help save our planet. 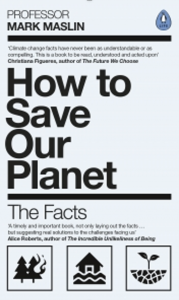