There are always jerks at work but you can deal with them effectively by recognising their archetypes, understanding how they tick, and using tactics to expose their weak points and restore your emotional wellbeing. 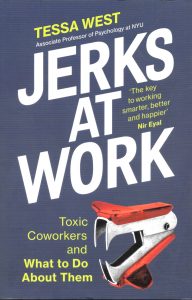