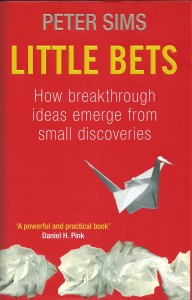 Immerse: get out into the world and understand things deeper.

Define: use insights to define problems properly before solving them.

Reorient: be flexible in pursuit of goals – success may lie in a new one.