Marketing acts as a bridge between an organization and the outside world, and is central to every company, but it doesn’t have to be wrapped up in complicated jargon that confuses everyone. 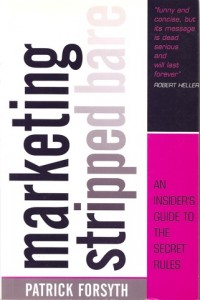 ~ Opportunities are usually disguised as hard work, so most people do not recognise them

~ If you call a spade a spade, you won’t last long in the advertising business

~ If at first an idea isn’t totally absurd, there’s no hope for it

There are no models or diagrams to steal, so you have to use some ingenuity and diligence to extract usable material from it