You will be more successful if you stop struggling so hard to plan or control your success. 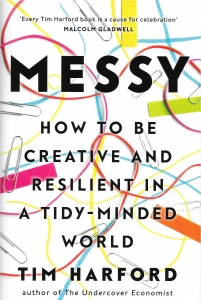