Political chaos is connected with the decay of language, and vice versa – we can probably bring about some improvement by starting at the verbal end. 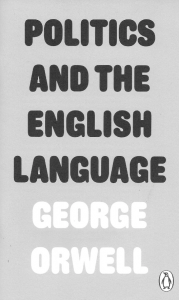 WHAT YOU HAVE TO