People do some very strange things, so don’t take anything for granted. 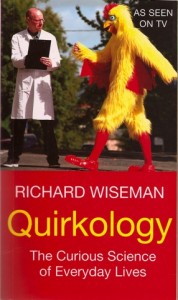