Diverse thinking is far more powerful than when everyone agrees with each other. 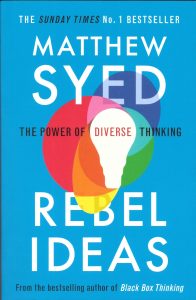