Ignore what normal companies do and do the opposite. 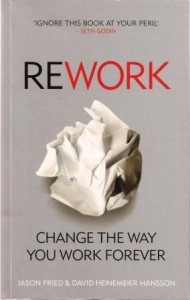 Most of what you are told about building, running and growing a business is nonsense. You can change the way you work forever by ignoring most conventions from normal companies

The book doesn’t really have chapters. Instead it has ultra-short sections with pithy pieces of advice, and there are lots of them, including: