Leadership has evolved over tens of thousands of years, and we still operate at home and work as if we are on the savannah. 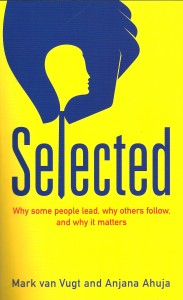