This is a global action plan for solving our climate crisis now. 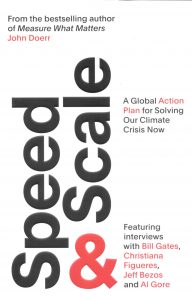