Thank You For Being Late – Thomas Friedman

As everything accelerates, it pays to pause and reflect on what is happening. 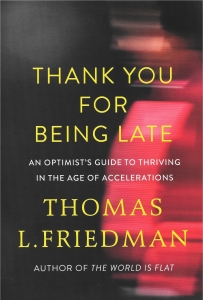 “Knowledge is only good if you can reflect on it.” Leon Wieseltier