Cultural transmission is now mainly broad, shallow and fast, and has little connection with traditional knowledge. 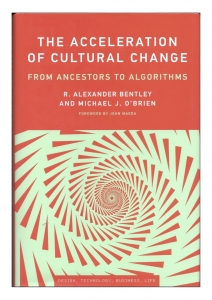