Only by accepting what we don’t know can we see the world as it really is. 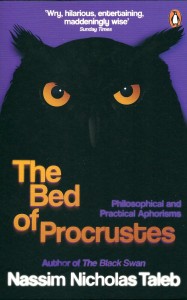