There are at least 25 behavioural biases that influence what we buy. 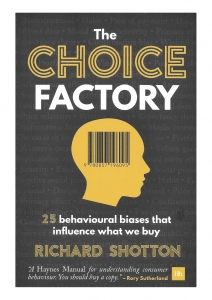 *Named after the American economist who identified the phenomenon, although the book doesn’t mention this.