The one sentence summary
Global business is a great deal easier if you pay attention to how other cultures work. 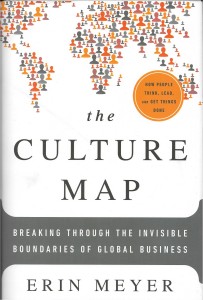 • This is all about decoding how cultural differences affect international business. It includes a series of scales plotting the attitudes and approaches of different nationalities.
• There are eight parameters:
1. Communicating (low to high context)
2. Evaluating (direct to indirect negative feedback)
3. Persuading (principles-first to applications-first)
4. Leading (egalitarian to hierarchical)
5. Deciding (consensual to top-down)
6. Trusting (task-based to relationship-based)
7. Disagreeing (confrontational to avoids confrontation)
8. Scheduling (linear-time to flexible-time)
• You can plot nationalities on the axes and work out how to interact more effectively.
• Views of meeting success are fascinating. In a good meeting:
A. A decision is made (USA)
B. Various viewpoints are discussed and debated (France)
C. A formal stamp is put on a decision that has been made before the meeting (Japan, China)

WHAT’S GOOD ABOUT IT
• When dealing with negative feedback, upgrader and downgrader adjectives are important. Direct cultures use upgraders such as absolutely, totally, or strongly, as in “This is totally unprofessional.” This is humiliating for indirect cultures. Downgraders include kind of, a bit, and maybe.
• Principles-first cultures go from macro to micro (Germans, French) while applications-first do the opposite (US, UK).
• Power distance is important in countries that value and respect hierarchy. They regard level hopping with disdain.
• Is this a Decision with a capital D or a small d? In consensual cultures, decisions involve lengthy discussion, followed by a fixed Decision (capital D). In top-down cultures, the decision (small d) comes early, but may be subject to frequent change.
• The Japanese ringi system is hierarchical, consensual and bottom-up: proposal documents start in the lower echelons, and only rise up when everyone has chipped in and approved them.
• Cognitive trust is based on the confidence you feel in another person’s skills. Affective trust is emotional.
• A peach culture is soft on the outside and tough in the middle (USA, Brazil)
• A coconut culture is the other way round (Poland, France, Germany, Russia).
• Wasta in Arabic translates roughly as “connections that create preference”: going direct and cold doesn’t work; going via a contact does.

WHAT YOU HAVE TO WATCH
• Nothing. It’s fascinating stuff. 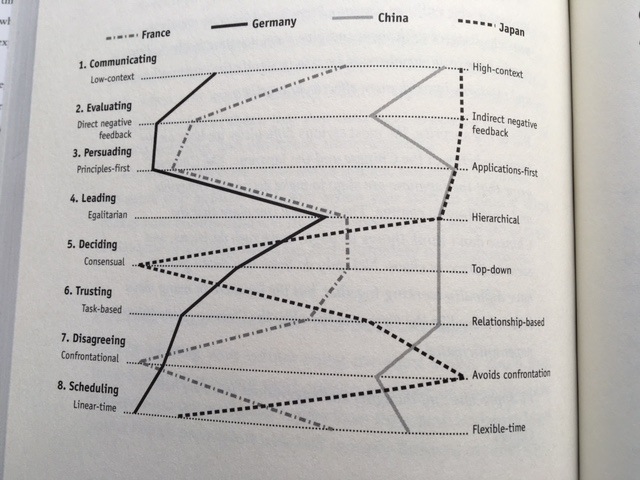 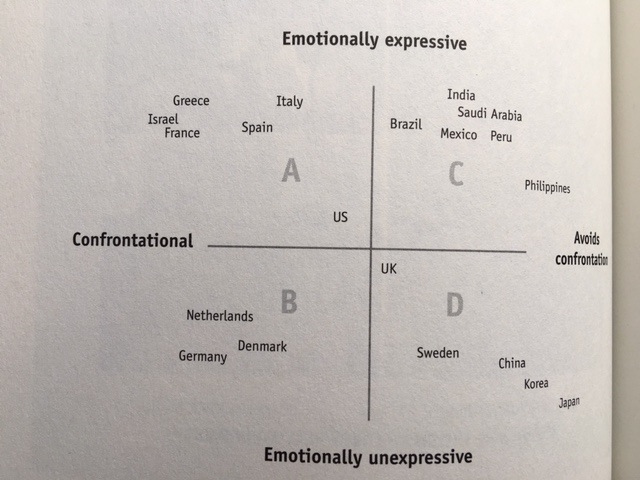