It’s the soft things that matter, and they are very hard to do. 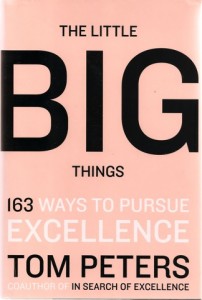