The Power Of Ignorance – Dave Trott 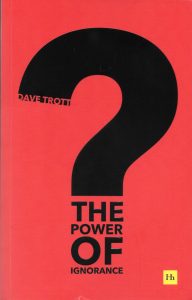