Small changes can have a disproportionately big influence. 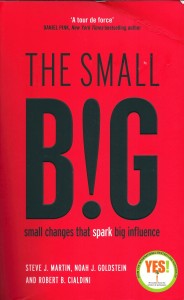 1. To make accurate decisions as efficiently as possible

2. To affiliate with and gain the approval of others

3. To see oneself in a positive light