We live in a complex world of infinite subtleties and variation – don’t try to attribute causality when there is none. 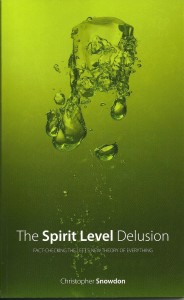